At the top of the castle hill above the old town centre, from where there is a beautiful view of the Sava River valley, of the surrounding hills and the old town part towers the Sevnica castle – a mighty four-wing building with round towers and an arcaded inner courtyard with a fountain. In the castle halls there are six ceremonial rooms – a conference and a wedding hall, a Baroque lounge … Especially magnificent is the oval room in the tower with Baroque frescoes named “The Four Seasons”. In one of the chambers, there is a School Museum, which presents an old classroom with aids of old times.

The castle is surrounded by a beautiful park with the gardener’s villa and a wish fountain. On the slope below the castle spreads the castle vineyard with 500 vines of “Blue Franconian” and the offspring of the oldest vine in Slovenia.

Next to the castle, there is the Luther Cellar, a one-storey building with a portal and a small tower. In the cellar interior there is a partially preserved painting of “The Last Judgment” dating back to around 1600. In the Luther Cellar, which for several decades used to be the dwelling of the last castle owners, Jurij Dalmatin, known as the first translator of the Bible into Slovenian language, should have taught Luther’s teachings. 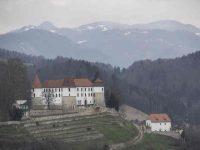 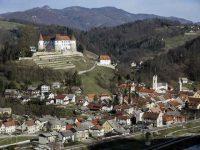 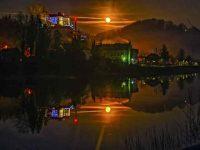 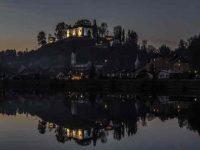 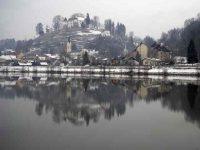 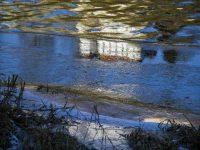 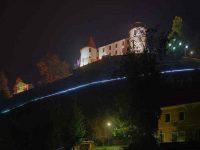 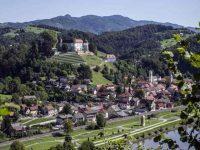 LATE LUNCH IN THE DOLINŠEK GUESTHOUSE

There, where vine grows and a breath-taking view is spread, where every day of the week lovers of traditional local dishes as well as lovers of demanding and modern cuisine find refuge, where delicious salami and sausages are cut, where apple strudel from Sevnica wax-apple is baked; there, where the Knavs family liked to host their friends and spend their beautiful moments, at Vrh above Boštanj, the guesthouse Dolinšek is located.

Come to the “Summit (Vrh) of gourmet pleasures” where you will be treated as “First Lady”. 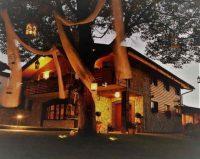 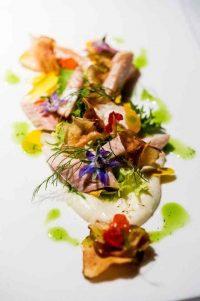 FOLLOWING THE WAYS OF THE FIRST LADY

You will experience a panoramic drive past the town primary school and to the settlement, where in one of the block of flats the America’s First Lady used to live. The drive will be followed by a walk from Kopitarna factory to the family house where she spent part of her youth. On your way back you would stop in the guesthouse Rondo to taste a dessert named Melania.

Send us an inquiry and we will send you a favourable offer. You will go home neither hungry nor thirsty.